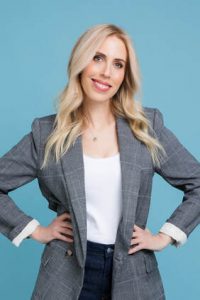 ​Comes with free improv gym ongoing on the last Friday of every month from 4:30 – 6pm

​​Don’t settle on your acting training!

​“Tension is the occupational disease of the actor” Lee Strasberg said.

​So we begin with you, your body, your habits and learn how to turn that tension, that misplaced energy, into expression.

​The key to Method Acting is being authentic. That means you have everything you need to take this class: You. I will teach you​

how to access your own unique talent so you can share that on screen and express feelings without convention and cliche’.

the end of six weeks, students will have a solid command of the work and be able to put it to immediate use in their work.

in Los Angeles.  She has been teaching the method to teens for over 5 years!  In addition, she currently teaches acting at

​Rachel’s acting credits include: a new movie “The Shade”,“Festival In Cannes”, “The Grinch Who Stole Christmas”,

Blue” and the role of “Marissa” in “General Hospital”.

She is an advocate for Veterans and inspiring people to communicate from the heart!

​Learn More about the Method!