Where the Actor is the Gatekeeper

Storytelling is our Religion.
Become an actor / film maker in one year or less.
Click the blue rectangles below to view our classes!

Our current slate of online and in-studio classes was developed to provide comprehensive and safe training.

Our current slate of online and in-studio classes was developed to provide comprehensive and safe training. 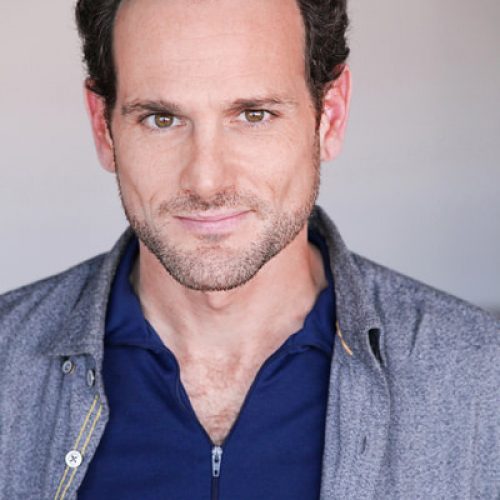 Ron Weisberg (SAG-AFTRA) fell in love with acting when he was a young pup watching his grandmother Gloria grace the Santa Fe theater scene. He went on to achieve his bachelors degree from the University of Texas at Austin where he concentrated in acting and creative writing. Chasing his dreams west, Ron launched his career in the ever growing film industry in New Mexico where he had the honor to play in several network shows including Longmire, The Night Shift, Dig, Manhattan, The 6th Gun, Whiskey Tango Foxtrot, as well as many independent projects such as Enter The Dojo.  Noticing the need for better actor training in New Mexico, Ron partnered with Chris Ranney and has taught classes for all ages since 2011.  After writing the scenes for his classes and a several short films, he was commissioned to write his first feature in 2012, as well as several pilots and episodic projects. Ron currently splits his time between Albuquerque and Los Angeles where he studies at the Groundlings Improv School and other professional channels of education that allow him to bring true value back to the Southwest. Ron is thrilled and humbled to partner up with Chris and pick up the torch for the Sol Acting Academy and is dedicated to making Sol the creative hub of the local film industry and beyond, making it possible for Sol actors to get real experience. With the firm belief that a healthy body creates a healthy and creative mind, Ron also practices a powerful body work called the Genius of Flexibility, through which he can help actors and other creatives unlock their potentials as artists and as humans.  Through his studies and experiences, Ron has created an audition technique that focusses on creating multiple characters for each script and is hungry to share this method with the film community at large. 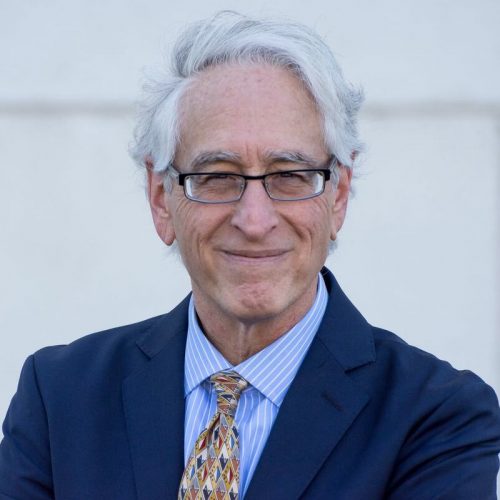 The New Business Of Acting Seminar for All ages

Brad Lemack began his professional career in his hometown of Boston hosting radio and television talk and interview programs, and as a news director and broadcast anchor. He moved to Los Angeles in the early 1980s to work for noted TV pioneer Norman Lear as a publicity executive. He later established and continues to run his own agency, Lemack & Company Talent Management/Public Relations. He joined the faculty of the Emerson College Los Angeles Campus in 1985 and the Elon University in Los Angeles Program in 2010. 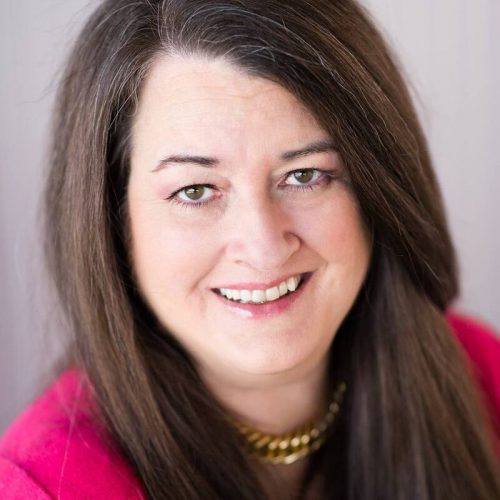 ​Liz Neubauer, a 40 year veteran of the business, trained in New York (La Mama, Neighborhood Playhouse, Actors Institute) and Los Angeles (Beverly Hills Playhouse, Actors Studio). As a director, producer and writer, her work has been seen on (among other places) NBC, ABC, PBS, Comedy Central, and screened at festivals including SXSW, Tribeca and Cannes. Liz runs Studio E, one of Austin’s most recommended performing arts studios for over 14 years.

Rachel Bailit (SAG-AFTRA) is an Actress, Journalist, Acting Teacher at The Lee Strasberg Theater and Film Institute, The Getty Museum, and DreamWorks Animation.  Her acting credits include Paramount’s “Festival In Cannes” directed by Henry Jaglom. She played alongside Jim Carrey in Ron Howard’s “The Grinch Who Stole Christmas”. Rachel has appeared in many television shows including “The Conan O’Brien Show”, “Desperate Housewives”,  “Jon Benjamin Has a Van”, “Tim and Eric’s Awesome Show”, “NYPD Blue” and the role of “Marissa” in “General Hospital”. She stars in two webisodes: “Diary of an Actress and “The Vamps Next Door”.  Rachel owned and operated her own casting company “Compassionate Casting” for over ten years. She cast television films, music videos and commercials. 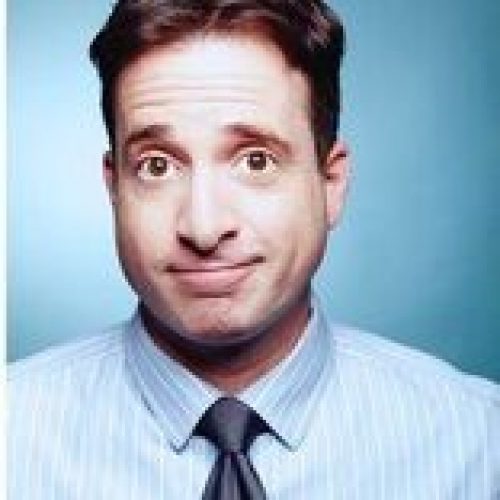 Joe Smith has been a professional working actor and writer for 25 years (not constantly – this includes sleeping and eating). He grew up in Worcester, MA where his parents founded and ran the Worcester Foothills Theatre Company. In Boston and now in Los Angeles, Joe has worked in theatre, film, TV, voice-over, commercials, storytelling/stand-up, live events, and in most other corners of show biz, plus one eulogy. He created the public radio parody IPR : Irrational Public Radio. He is a member of the performers unions SAG/AFTRA and AEA. He has taught acting and been guest lecturer at Clark University and Orange County School of the Arts. 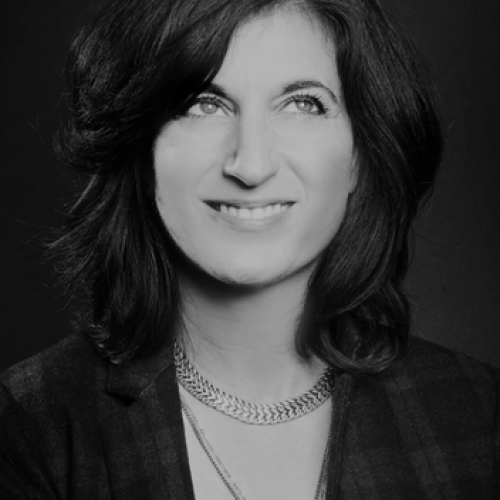 ​​Tamar Halpern has written and directed 8 features for film and TV. Her sixth, the human trafficking thriller Missing In Europe, was shot in Belgrade, Serbia in 2017 and stars Miranda Raison (Match Point, MI-5,  My Weekend With Marilyn), Emmett J Scanlan (Guardians of the Galaxy, Charlie Casanova) and introducing Sophie Robertson. She has since directed two more thrillers for A+E in 2018. Her feature documentary Llyn Foulkes One Man Band, about the LA painter rediscovered at age 77 by the international art world, premiered in competition at LA Film Festival, had an Oscar qualifying run in 25 cities in the US and abroad, and is available on Amazon, iTunes and Netflix. “A joy to watch,” The Hollywood Reporter. “Undeniably fascinating,” Variety.   Halpern wrote and directed the feature Jeremy Fink and the Meaning of Life, starring Mira Sorvino, Michael Urie and Joe Pantoliano. Prior work includes writing and directing the award-winning comedy Shelf Life, introducing Betsy Brandt (Breaking Bad, Life in Pieces) and  called “a whip smart film that taps into a fresh source for American comedy” by Variety. Her comedic short, Death, Taxes and Apple Juice, has been invited to 40+ festivals and winning 16 awards including Boston Women in Comedy. 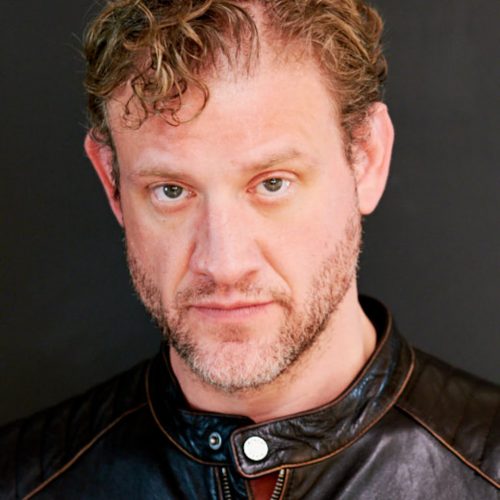 Quinn Mander is a graduate of Rutgers University’s Mason Gross School of the Arts, from which he earned his MFA in Acting under the tutelage of William Esper and Maggie Flanigan, master teachers of the Meisner technique.  Upon graduating with honors, he was granted the Dean Bettenbender Award for Artistic Achievement. After leaving Rutgers, he continued his studies with Maggie, learning to teach the Meisner technique’s full two-year course of training.  He has since taught the approach at NYC’s prestigious New York Film Academy. Quinn has acted for over 20 years, performing in theatre productions in NYC, regionally, and in New Mexico, as well in television.  He has extensive acting and directing experience in both classical and modern theatre, and with both leading and major character roles.  He was a founding member of Threshold Art Collective, with whom he both acted and directed. 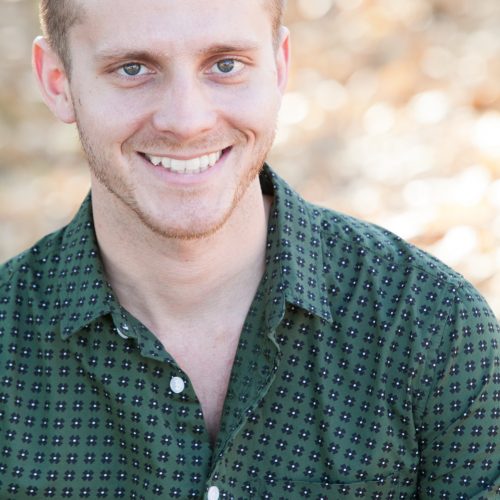 John Luke Grubb is a writer and director known for his dark comedy and dramatic stories. His short film Happy Birthday won an award at Global Shorts and he just finished his newest film: Over Easy.  John has been shooting short movies to give kids in the Phoenix area for two years and is happy to partner with Sol to serve the up and coming professional talent pool for the ever expanding New Mexico film industry. 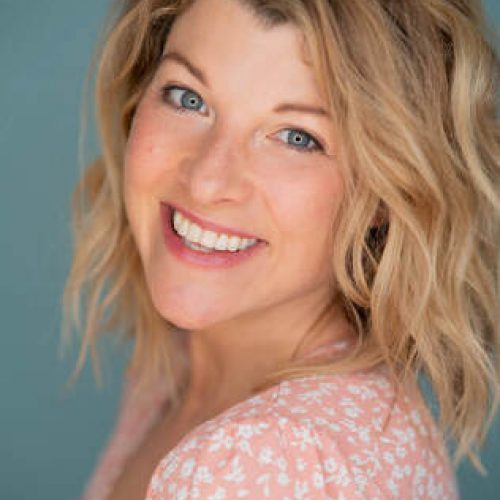 She spent the past 12 years performing extensively in the regional theatre circuit in Colorado: Curious Theatre Company’s The

Catamounts’ You On the Moors Now, and many more.  Alaina is also a writer and director, adapting classic fairy tales to

childrens’ television show, “The Magic Clock.” She is currently writing a one-woman musical.

A teacher and student of words, breath, imagery, awareness, and imagination, Alaina has been leading youth and adult acting

classes and camps for many years, and believes every actor is a powerful source of their own story and artistry.

She holds a BA from the University of Iowa and is a student of Crash Acting with Benjamin Mathes in Los Angeles. 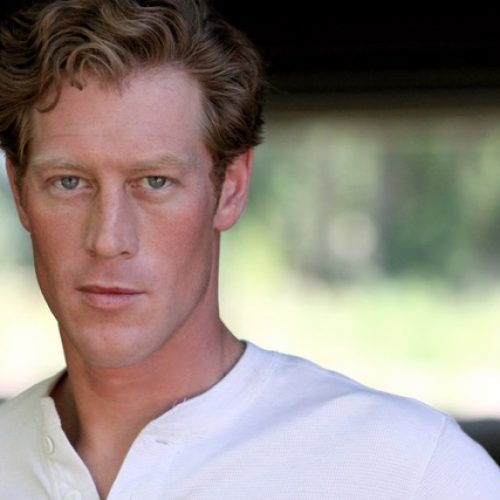 Matthew began his improv journey at the Upright Citizens Brigade (LA) in 2015 and the Box (ABQ) in 2016, he finished both curriculums. Film credits include: Only the Brave, 12 Strong, Big Kill, Commando, Fast Color and more. TV credits: The Night Shift, Roswell, Briarpatch, Longmire, Preacher, Get Shorty and more. Theatre credits: Orlando in As You Like it (NM Shakespeare Festival), Antipholous of Syracuse in The Comedy of Errors (NM Shakespeare Festival), Chris Keller in All My Sons (Adobe Theatre), Kenneth in The Night Alive (The Cell), Christopher Wren in Mousetrap (ALT) and many more. He hails from Thermopolis, WY and studied theatre at the University of Wyoming. 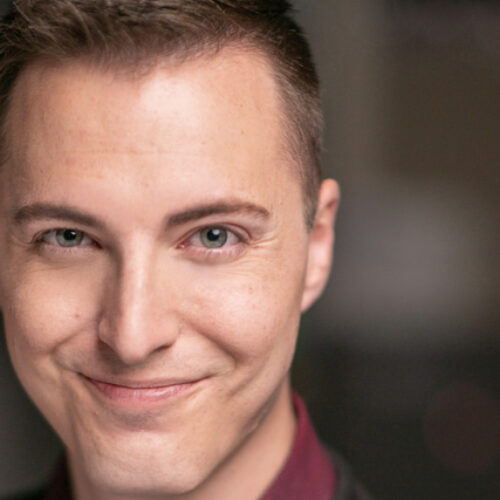 Richie is a vibrant Actor/Filmmaker from Colorado who has happily joined the mass of folks that found their way to New Mexico during the pandemic to join the ever growing film industry. Richie is an experienced filmmaker and has been working with kids as a teacher of acting and filmmaking in Colorado for over 5 years!

“The classes I took at Story Quest Studios were the highlight of my week. Vivian was able to offer each student close, personal attention ...  I made huge leaps in my acting ability and look forward to continuing my growth as an actor at Story Quest Studios .”
Mike McCabe (Redemption of Henry Myers, Prompt Critical, Dawn of Our Nation)
"Story Quest Studios is THE studio in Albuquerque for aspiring actors of any age. As a "second career" actor, I credit the SQ 6-Month Intensive program for providing me with the foundational skills and experiences that I simply could not have obtained by returning to school to pursue an MFA. This program introduced me to industry professionals, nurtured the most amazing relationships, and provided a forum to explore and develop acting, writing and producing skills. I discovered a renewed joy for pursuing my life's purpose that resulted in me establishing my own creative company, ShadMeister Productions. Major kudos, my sincere love and appreciation to all the members of the Story Quest Academy - you are truly the best kind of family. "
Shad Adair

Want to break into the film/TV biz or jump to the next level?

​Our consultation outlines what steps to take as an actor in the film/television industry.  Learn who’s who, how to build a resume, get representation and start auditioning.  Whether you are new to acting or a seasoned pro, this free consultation is a great opportunity to sit down with people who can help guide you to success as an actor.

FREE ONGOING IMPROV CLASSES for current students that have taken a class within the last year.​
All enrolled students, or students enrolled within the year, now get free ONGOING IMPROV CLASSES! On the last Friday of every month, 4:30-6 for youth and 6-8 for adults, the studio will host students in an impactful ever evolving improv comedy class that focuses on the concept of discovery, lead by studio owner, Ron Weisberg, who has been acting and doing improv for over 20 years! Ron wrote an acting book over the pandemic and now teaches his form of acting and improvisation!

Don’t miss the unbeatable value of being an actor training at Story Quest studios.

Here, every client get’s on going auditions preps, FREE! We reward you for training, so keep taking classes and studio owner, Ron Weisberg, will prep your auditions using his innovative acting process, The Discovery Technique.

Why? Because Ron loves seeing his clients book speaking parts and seeing you revolutionize your storytelling abilities! Start booking the room. That’s right, every time you get an audition, reach out to SQ Studios and follow the prep instructions and you will be ready to go for your audition tapes or in person. Investing in yourself has never been better! 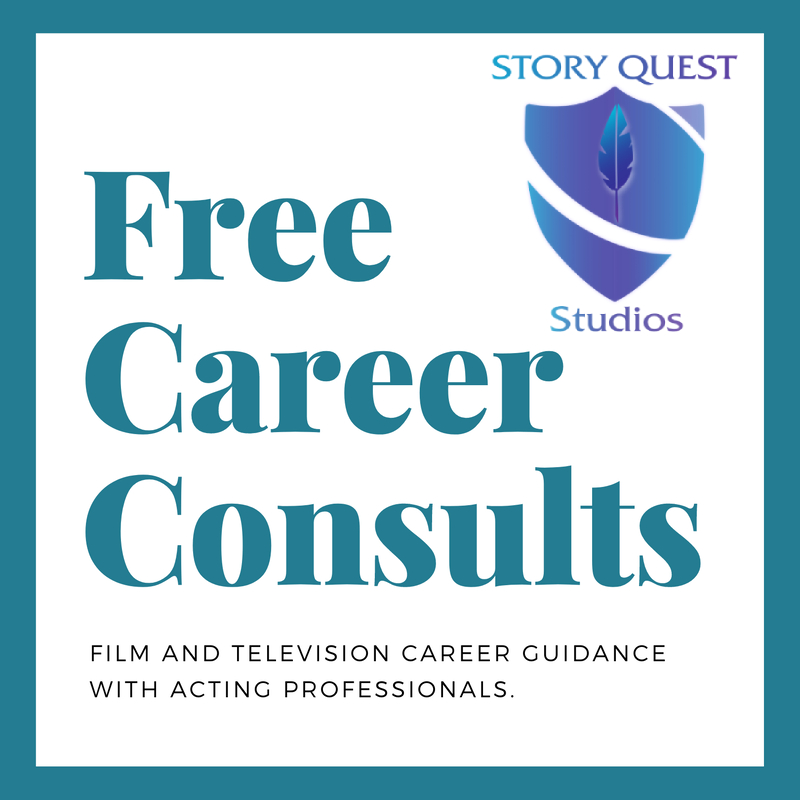